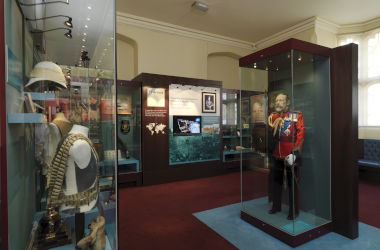 How to get here and organise your visit 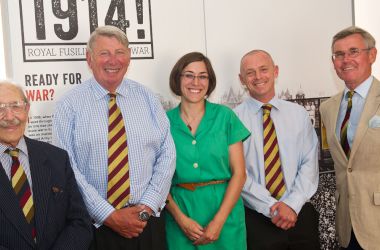 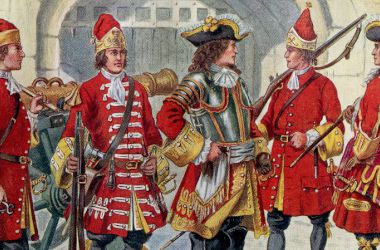 Explore the history of the Fusiliers from their beginnings at the Tower to the present day. 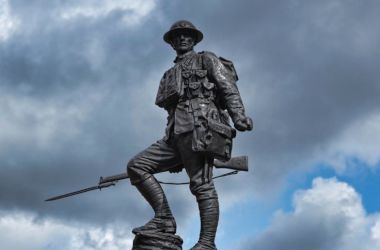 History
The Regiment had established a private museum by 1949, when it made the Tower of London its permanent home. On the 31st March 1960, concerned about the future of the museum, the Regimental Council declared their intention of, ‘holding together the traditions of the Regiment and of perpetuating its deeds’ by holding ‘the Regimental Collection “upon trust”'. On the 9th of November 1962 the Royal Fusilier Museum at the Tower of London was opened to the public by HRH Princess Marina Duchess of Kent.
In 2010 the trustees embarked upon a major project with the help of the Heritage Lottery Fund called Fusiliers Advance!, to transform the exhibition space and enable all visitors to the Tower to be offered free access to the museum for the first time. The Fusiliers Advance! project also saw the museum launch its first education and outreach programmes and establish a volunteer body. The new galleries were reopened by HRH The Duke of Kent, our Colonel in Chief, in April 2011.
In 2013 the museum once again achieved Heritage Lottery funding and ran a 3 year project, Unpacking History: The Great War, to mark the centenary of the First World War. During this project the museum digitised sections of its WWI collection, which are now available on the museum's online catalogue, put on a series of temporary exhibitions with local community volunteers, created a wonderful new storage facility for the collection as well as many other collection and education projects.
In 2017 we are concentrating on the collection; cataloguing, storing, conserving and generally making ship shape ready for some exciting future projects.